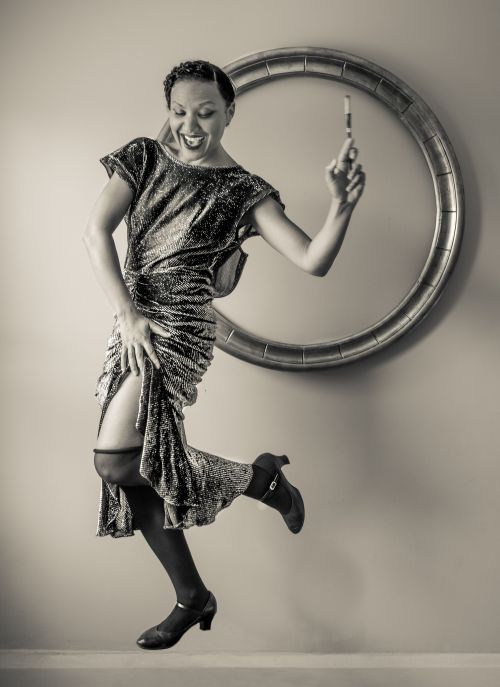 Our upcoming CoWorks show Ever Onward, choreographed by Tom Brouillette (with guest choreographer Danny Grossman), opens this week at the Betty Oliphant Theatre.

Tom Brouillette began dancing at the age of thirty and trained intensively with Til Thiele. Over the last four decades Tom has performed with many of Toronto’s leading choreographers, including Peggy Baker, Danny Grossman, Claudia Moore, and Peter Chin.

Tom’s interest in choreography began in 1984 and he has been teaching his weekly Body Wisdom classes since 1980. He is a retired member of the International Brotherhood of Boilermakers, with whom he collaborated on two performance pieces, Boilermakers in Concert and The Rite of Steam.

Tom’s upcoming CoWorks show, Ever Onward, consist of four dance pieces: Working Class Hero, Artists & Lovers, Venceremas and Just Out of the Tub. Throughout the show, performers dance a broad spectrum of human experience – from hostile environments to a free-wheeling 1920’s Parisian society. Here, Tom shares some insight into two of the works:

“Working Class Hero was inspired by the two core identities that I have inhabited – that of the boilermaker (the work that supported my creative thirst to be a dancer) and that of the dancer/poet. It juxtaposes the hard work of physical labour and the even harder work of artistic calling”.

“Artists and Lovers was inspired by Ravel’s Sonata Violin and Piano, and my wife’s 2010 fundraising event for BRICK magazine, Kiki’s Paris, which celebrated 1920s Montparnasse. Kiki’s Paris was a free-wheeling society, which offered individuals the opportunity to express themselves artistically, intellectually, politically, and sexually.  The most striking aspect of the era was the presence of independent women who could pursue their lives with freedom and equality. Kiki (born Alice Ernestine Prin) came to personify the Montparnasse era”.